Women can ride super bikes if they learn it from the right people! I always like to say to this: If a person rides particularly fast, it does not mean that he / she can ride well, it´s only a matter of a lot of power. 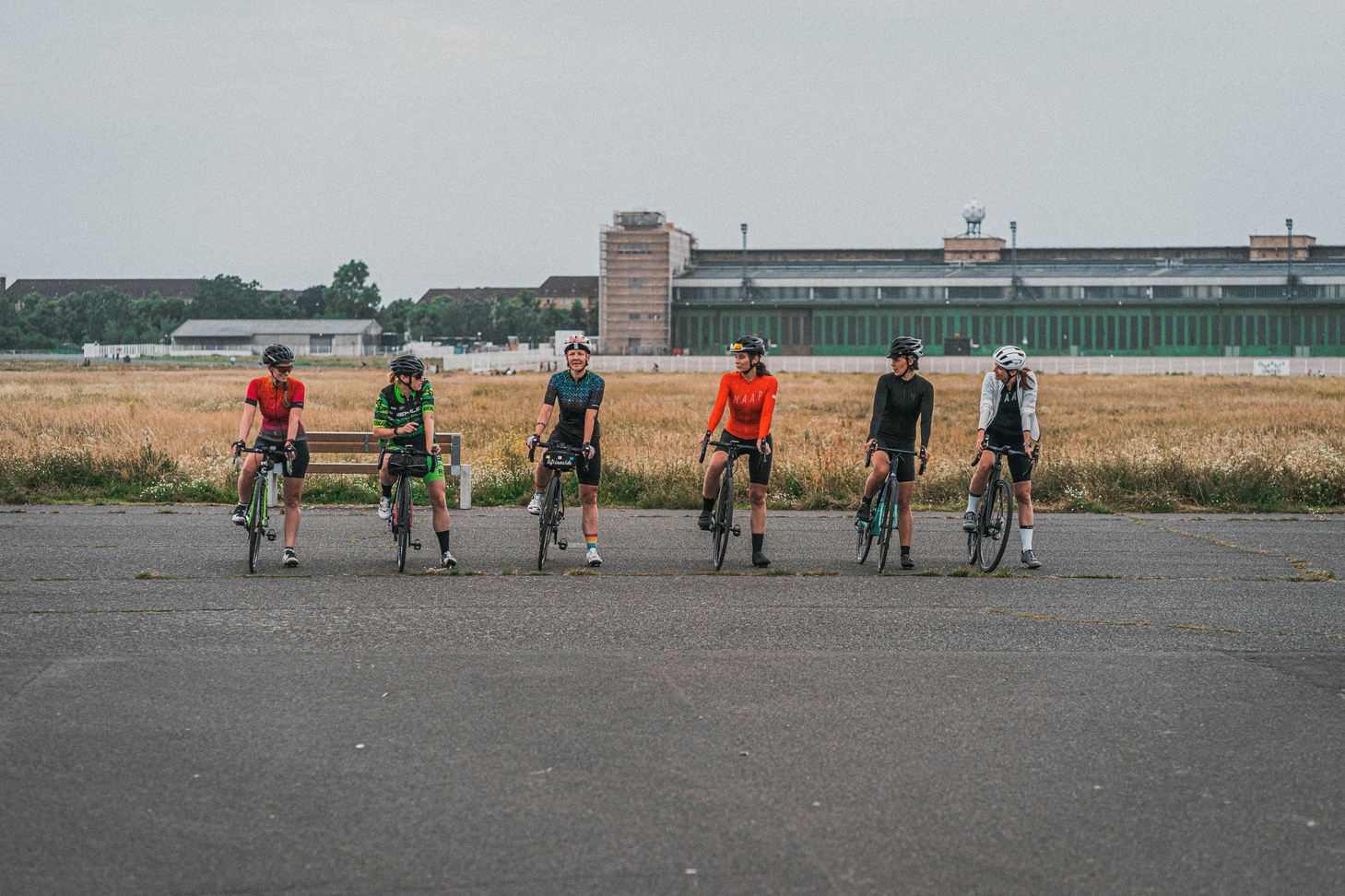 Hi, my name is

Janine, VOTEC Team rider. Together with my friend Maxie, i offer technical trainings exclusively for women. Why only women? We want to offer a “safe space” where women can feel protected from mansplaining and don’t just have to ride “behind”. A space where they can freely ask all questions, try out, build a connection to their bike and also connect and encourage each other among like-minded women. Feel that they are not alone. In short: To have a free mind for what they would like to learn.

In my time besides from racing, I met more and more women who had just started with the sport. Two friends also bought bikes and clothes and started right away. How cool! Only when it changed to the topic of group rides, there were suddenly big doubts.

“What if I’m too slow, what are the rules, what happens if I get a flat tire and they’re always riding so close together.”

I was able to explain and show all this to my two girlfriends, but there’s a lot more out there. What if women learned everything right from the start? Not having to pick up bad habits from other riders and relearn them again? I have a kind of vision of a Cycling Sisterhood Community! I would have liked to see something like that in the past. Someone offering rides, otherones technical stuff etc. and to connect and support each other, because if we women and a few men don’t do it, who will?

” After your training, I have been much more confident and sure of myself.”

Steffi after the offroad technique training

Janine had told me that she would like to organize rides to practice riding technique together with women…. When I first heard this, I didn’t know exactly where it was going, but I liked the idea. And the more we talked about it, the more it became clear that we both liked the idea.

I was glad that she wanted me to join and so the idea got more and more structure. I’ve also been on a few group rides where I felt unsafe myself because not everyone knew how to behave in a group, for example, give hand signals when there are obstacles. Therefore, I think it’s important to practice something like this, on the one hand to ensure safety on rides, but on the other hand to practice bike handling and to become more confident on the bike. I have also noticed that many have bought a bike in Corona times, but still feel insecure on the very narrow tires. At this point we would like to pick up the women.

I enjoy being able to pass on my tips to even more inexperienced girls. I’ve been riding road bikes for a long time and it was always very important to me to feel comfortable on the bike, because then it’s really fun. And that’s exactly what I want to give others.

Especially in traffic, it is very important to feel safe on your bike, but also to behave properly in traffic. Most people have a driver’s license, but on the bike you have to have a different overview and there are many obstacles that you have to watch out for at the same time, such as pedestrians, cars and then also a curb, if you don’t move safely there with your bike, then it can be dangerous not only for you.

After the first technique trainings I was fascinated how the group dynamic developed, at the beginning the girls were still rather reserved and insecure, but towards the end they tried and tested things and became more and more courageous and also more confident.

I started with fixed gear racing, then also came to the road bike, to discover shortly thereafter the cross bike. Perfect to bridge the winter. I was allowed to learn everything from professionals, sometimes the hard way. I’m lucky that my friend grew up with cycling on a professional level and taught me a lot technically and still shows me a lot. My fourth road bike race was for the Berlin regional association a UCI tour, in which I failed miserably and but there I also got to know Maxie a little better, because we were on the same team.

Maxie started very young in a cycling club and learned the sport from scratch, so to speak. She took part in cycling races at an early age and was able to gain national and international racing experience. With now over 17 years of experience in different cycling disciplines, Maxie has a very good cycling feeling in her blood. Since the end of her competitive career, she has been working as a coach at Diagnose Berlin and passes on her experience to other cyclists. 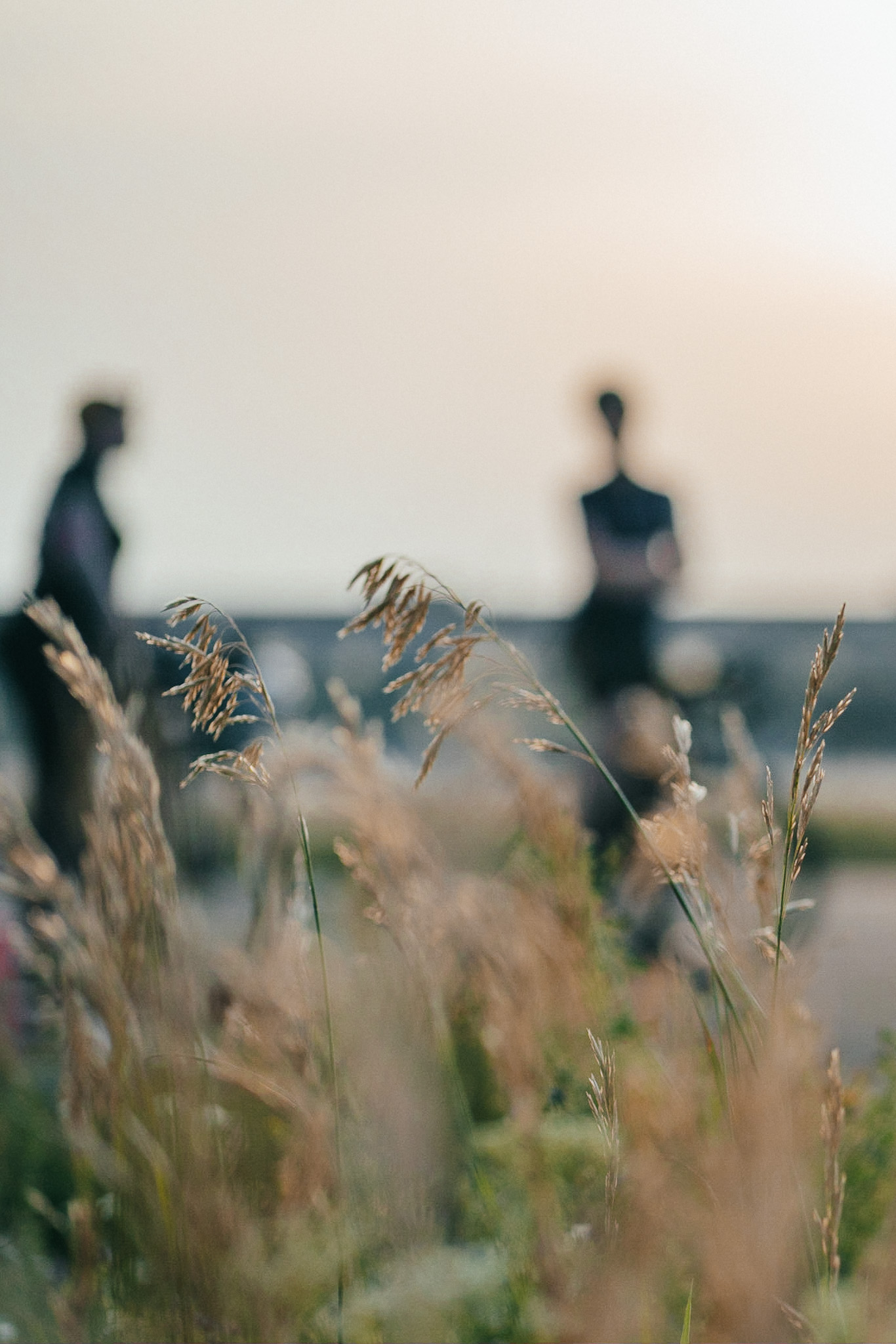