From the beginning on Lukas has been a part of the VOTEC Endeavor Project. As a sports scientist he now wants to combine his job with his passion and has founded SCYENCE with partners. We talk to Lukas about the content of SCYENCE, his plans and, above all, the scientific findings and translations that he and his team will devote themselves to. 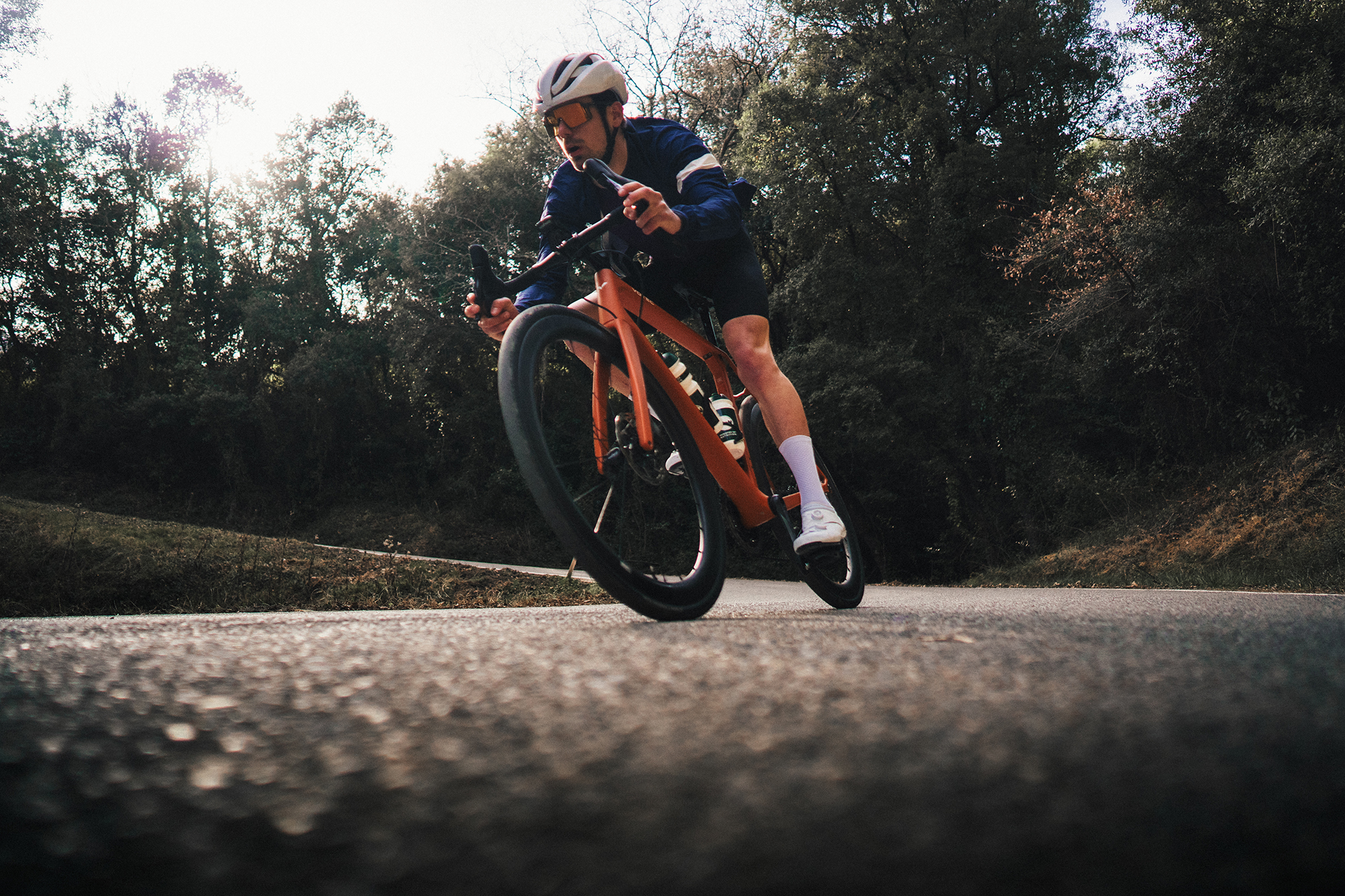 After starting in mid-May, scyence.cc already contains the first articles on training planning and self-experiments with the VLamax and much more. And basically these articles represent the portfolio quite well – between accessibility and scientific knowledge, between fun while cycling and top performance. Lukas’ first goal for 2022, besides building SCYENCE, was the Unbound Gravel Race, which took place in Kansas in early June. You can find the article here.

Hello Lukas, you just launched SCYENCE. Tell me what it’s all about and how the team is set up?

It’s – as the name SCYENCE already suggests a bit – about examining the science of cycling; ‘science’ and ‘cycling’, which is why SCYENCE is also spelled with a y. So cycling science is our keyword and we try to make the sports science content in endurance sports, especially cycling, accessible to people in an entertaining way and to give them some useful learnings. We like to share our experiences via social media, YouTube and our podcast, we would like to see what the current findings are in sports science and how we can use them in our training. But also what influence it can have on our diet. We, that’s Sebastian Samek, as producer and editor, then Lennart Klein and I, Lukas Löer, the three of us, the trio from SCYENCE try to make the dry, sports science content as accessible as possible.

You are bridging the gap between science and cycling – which gap would you like to close?

Above all, we try to convince with infotainment. If someone says they really enjoyed the video or the podcast episode and even learned something, then that’s exactly what we want to achieve. Then we do our own projects. I was at the Unbound, then we also have smaller Gravel races. Lennart will ride a criteria series in Chicago with ten races over ten days. We just try to share our experiences with the people out there. To translate theoretical scientific findings into practice and also to see how certain areas or adjustments feel in reality. We’re simply trying to achieve both: that people can look at or read through our content in a relatively relaxed way and take something away with them.

Do you have any examples where you can combine scientific work with a very high practical orientation?

I could probably list a few examples, but the simplest way to explain it is basically with the training plan. People can buy training plans online at any time if they trust our work. For example, they look for a twelve-week preparation plan for their own event. We try to accompany them and also give them additional information. A topic where scientific work is very practical is precisely the finding of what works well in terms of carbohydrate intake. Here’s the bridge to the Unbound again: I managed to take in a very high amount of carbohydrates there. We can then work out clearly which products can work here and why in some phases of the race it is difficult to take enough carbohydrates. We also worked with analysis tools for this. So we have this clear training plan, but also our scientifically based experience.

What are the topics that interest you the most right now? Where do you see a need to catch up in terms of content?

This is very specific and very nerdy, but I am currently dealing extensively with oxygen saturation in competitive sports. We are now technically able to measure the oxygen content of our active muscles live. This way I see how certain muscle areas are supplied throughout a load. That fascinates me a lot. Let’s say the devices aren’t cheap, but they’re not extremly expensive either. So maybe more people see the potential in getting their training more efficient with it. I see a need to catch up in terms of content, especially when it comes to oxygen saturation in training. For the first time we really have the opportunity to record physiological measurements, i.e. something that happens in the body under stress, to be able to display it live, to react to it live or to be able to analyze the whole thing afterwards using extensive data. In addition to the heart rate, which of course has also been a focus in recent years, this is the next parameter that is now being analyzed more and I think it has great potential in the future, for everyone, not just amateur athletes, but also professional athletes.

You rode the Unbound a few weeks ago – what influence did the intensive study of SCYENCE have on your preparation and your race?

The main point would definitely be the time capacities. This is perhaps also the case for many hobby athletes, who may not go into this professional area and who do not need as massive load. They don’t need 20, 25 hours of training per week, but more like ten hours per week, which, I would say, many employees can integrate relatively well into their own training or their own weekly structure. Besides that, I would have liked to have added some more extensive units. I only managed one longer session of eight hours. Still, I would say that in terms of performance, I have absolutely no complaints. But of course the SCYENCE contacts also helped me. I was able to ride a mobile Spiro beforehand. So I was able to measure the oxygen uptake live and gain insights from it. I was able to measure my oxygen saturation, i.e. really the local oxygen saturation of my muscles, using gadgets. As I said, the biggest and only disadvantage was the time capacity and then of course a bit of the training that went with it, the stress that went with it. But I have learned to use the ten kilometers it takes me to our office as a training session and to cycle as much as possible. As a result, I was able to book this as a profitable session in my training and at the same time go to work. That was very, very useful.

You also create training plans. The Orbit360 series has already started. If I decide to ride one or two routes this year, but my fitness level is rather poor, do you have any tips on how I can get reasonably fit in four weeks next to work and children?

Our 4-week plan is designed to do just that. Of course, it would be ideal if you could take a little more time – that makes it more relaxed and of course the output also improves. The plans we have created can take any athlete to a certain level, no matter what level you’re in. It always depends on the percentage of the absolute performance, which means it doesn’t matter whether you have a lot of potential in your performance development or are already very, very good. In addition, many are faced with the challenge of what the last days before the race should look like. What should I do when I’m racing, what’s the best way to structure my Orbit, how should I approach pacing and nutrition? So we also try to get the people involved there a little bit, add small pieces of information. And I think the plan is, in addition to the physiological improvement, also an instructive plan where people can take a little something with them and get a guideline. Try using your commute as training and if it’s just on the city bike, or if you really throw yourself back into your cycling gear, really ride half an hour to work. These are all training kilometers. In this way, you can cover a relatively long detour home, relatively time-efficiently, before you first drive home for half an hour, then change clothes again and then have to set off again. So you can use such commutes relatively well and otherwise it’s just a planning story. 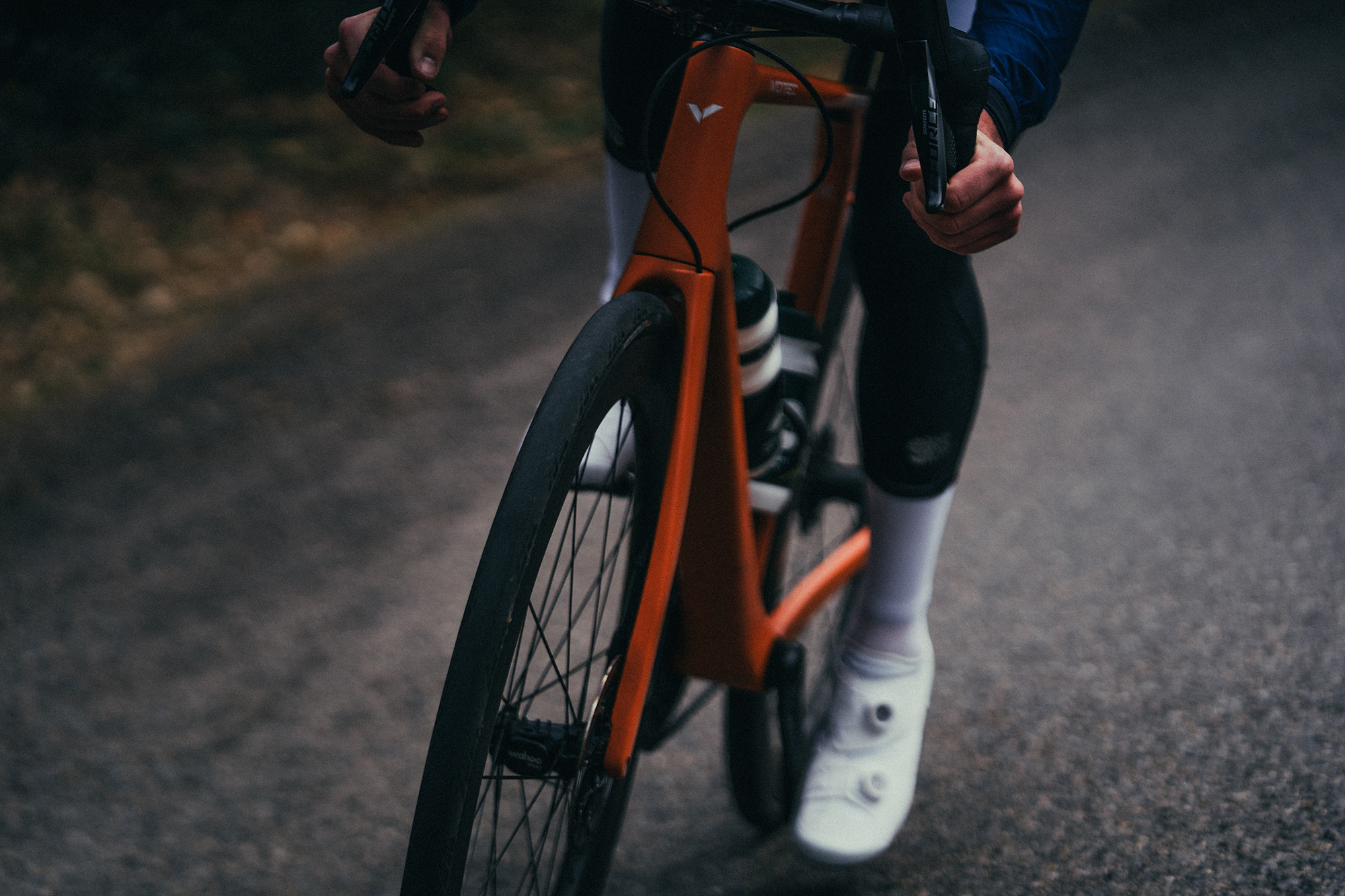